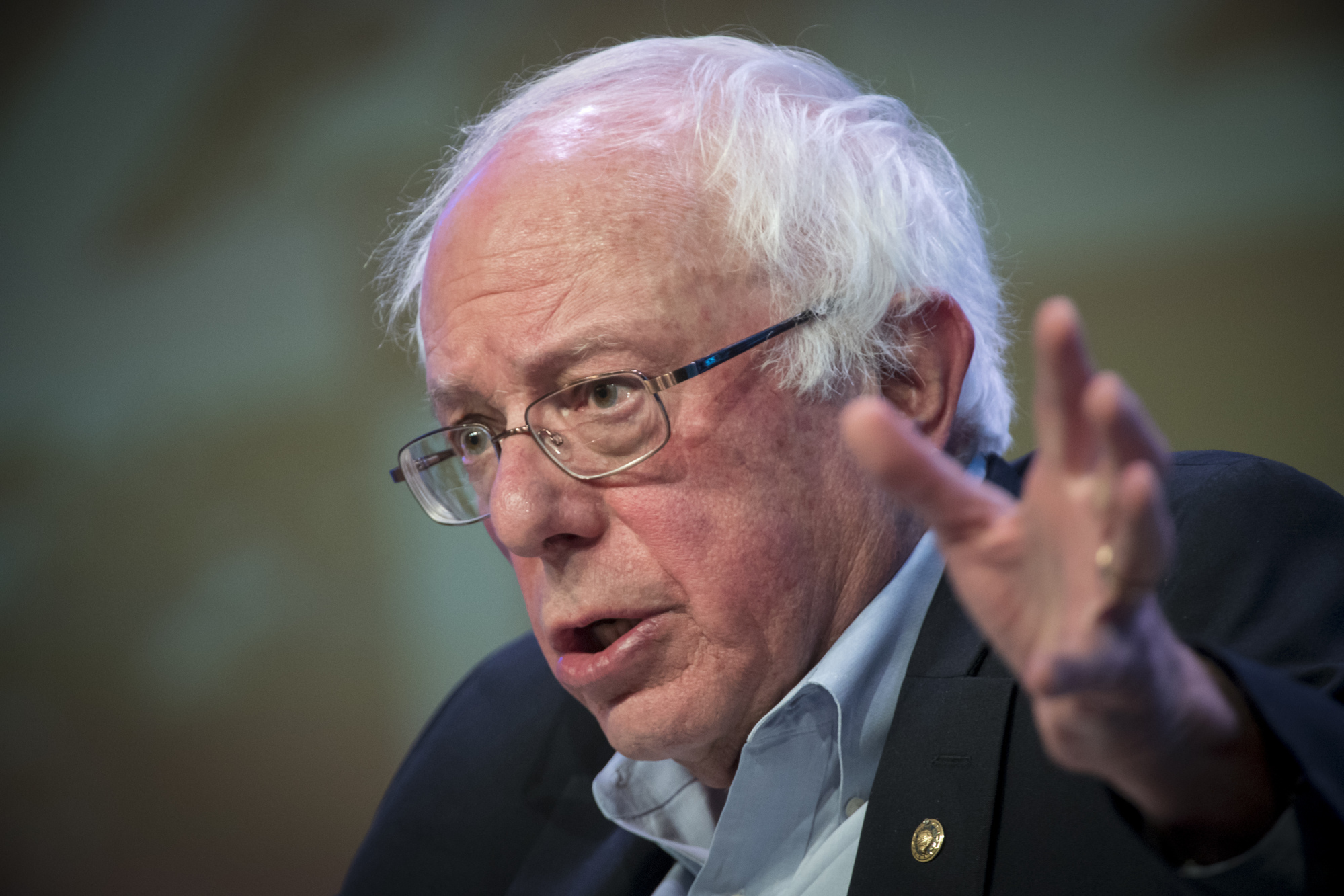 Sanders, who is seeking the Democratic presidential nomination, plans to introduce a bill in the Senate Thursday that would stop company leaders and other highly paid executives from delaying taxes on stock options and deferred compensation that aren’t available to average employees. The tax would take effect when the compensation is vested rather than when money is distributed.

“It is no secret that the country’s wealthiest CEOs live by different rules than the other 99 percent,” the independent senator from Vermont said in a statement. “While most workers can only contribute and get preferential tax treatment on up to $19,500 a year in a 401(k) account, the most highly paid executives in CEO plans are able to contribute an unlimited amount in tax-advantaged plans.”

The bill, co-sponsored by Maryland Democrat Chris Van Hollen, has almost no chance of getting traction in the Republican-controlled Senate this year, but it reflects one of the central arguments Sanders is making in his presidential campaign: that the tax code favors the wealthy at the expense of workers.

The proposal was reported earlier by Dow Jones.

Sanders said the bill aims to curb the tax perks for the $13 billion that the 2,300 highest paid executives have in these accounts, according to figures from the Government Accountability Office. The legislation would also require executives to report more information about these accounts to the Internal Revenue Service.

The average account size is $14 million, but some CEOs have more than $200 million, according to the GAO.

Sanders said the change would raise about $15 billion over a decade, which he would direct toward the Pension Benefit Guaranty Corporation to fund struggling multi-employer pension plans.

That total is a relatively small sum compared to tax plans Democratic presidential candidates are discussing that total well into the trillions. However, the idea could give Sanders a boost as he aims to campaign in states like Michigan, Pennsylvania and Ohio with large numbers of voters who have pension plans or are getting benefits.

Op-ed: ‘War bonds’ could finance the fight against coronavirus — here’s how they could work
Create The Future and Find Tactics For Disruptive Thinking
People & firms on the move: RSM elects international board chair
Tycoon behind Luckin loses $1B after accounting scandal
Processing delays heighten anxiety for small businesses tapping $350 billion rescue program