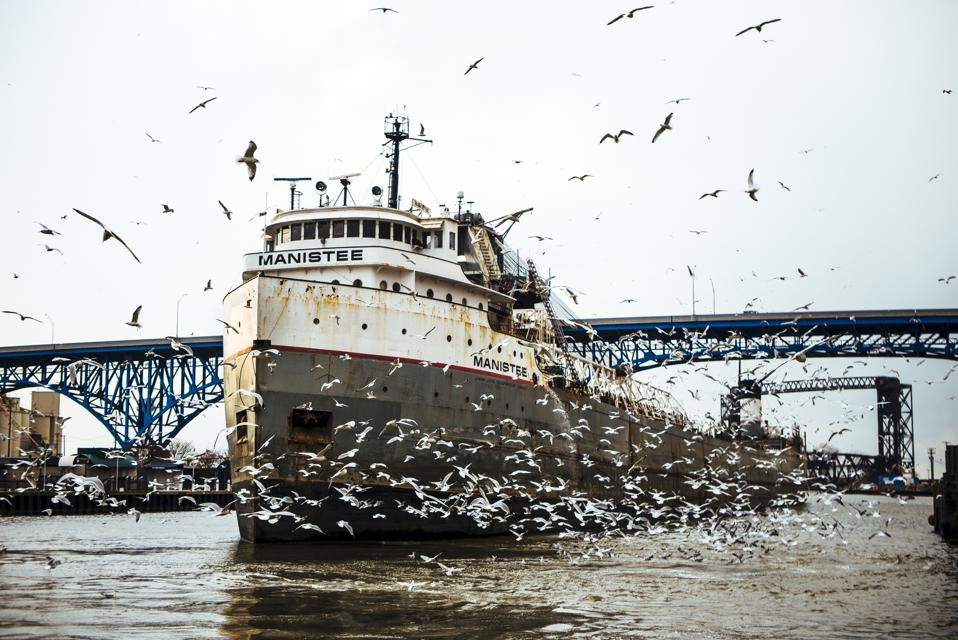 The multiemployer arm of the Pension Benefit Guaranty Corporation is scheduled to go bankrupt in 2025 — and by “scheduled” I mean that the Central States Pension Fund will become insolvent in 2025, and its liabilities are massive enough to send the entire guaranty system into insolvency. That’s not good. And I’m peeved that the budget deal passed yesterday includes a bailout for the Miner’s pension plan but not a solution for the rest of the system.

What’s more, the Hoffa era of the Teamsters was indeed bad news for the Central States fund, which was managed so corruptly that when it was taken over by the federal government in 1982, it had a funded status of less than 40%. Various defenders of the fund have periodically written to me or commented on my website to say that they are convinced that the fund was just fine under Hoffa management and it was federal mismanagement of funds afterwards that caused all the trouble, but that’s simply a fantasy.

But nonetheless, I feel compelled to push back on a Daily Signal/Heritage Foundation commentary published on Monday which makes far more expansive and unwarranted claims about the multi-employer pension system as a whole. That article, by Rachel Greszler, claims that

“Yet, nearly all have suffered from serious mismanagement, made possible by special treatment given to union-run pension plans that were given wide latitude in lieu of more stringent funding rules required of nonunion plans.

“As a result, virtually the entire multiemployer pension system is on the path toward insolvency.

“Across the U.S., close to 1,400 multiemployer pension plans have collectively set aside only 43 cents on the dollar to pay promised pensions.”

To begin with, until the Pension Protection Act of 2006, all plans, both single- and multi-employer, based their calculation of funded status on a liability using the expected return on assets as the valuation interest rate (discount rate) assumption, one of the core pieces of methodology prescribed by the original ERISA legislation in 1974. This is similar to the method that state and local public plans still use today. To be sure, additional legislation prescribed certain minimum funding requirements based on bond rates, and, indeed, in 2006, Congress mandated a smoothed corporate bond rate basis for single-employer plans, which increased their liabilities substantially (although, at the same time, they were no longer obliged to build in future salary increases that are generally a key part of ongoing pension plans for salaried employees, so it’s something of a long story to really get into it).

And, yes, 2006 was only 13 years ago. Which means that it doesn’t sit right to me to say that unions got “special treatment” when that really means unions were, for various reasons, exempted from the tightening-up of funding requirements for single-employer plans only relatively recently.

What about the claim that “virtually the entire multiemployer pension system is on the path towards insolvency”?

(And recall from earlier this month: the Seafarers International Union plan is 143% funded.)

This looks pretty damning. But it is unreasonable to condemn plans for these funding levels when a plan that’s 80% funded on a “funding basis” is deemed in the “green zone,” and when, until fairly recently in the grand scheme of things, after all, this “funding basis” was considered the appropriate method for all plans.

As to the “right” discount rate to use to measure funding adequacy, it’s not a simple question; it’s contingent on, among other things, whether there is flexibility to reduce benefits in the future as needed or whether certainty in benefit provision is important enough to ensure the plan is particularly well funded with conservative assumptions. And, yes, plans ought to be targeting full funding, or even over-funding, not just 80%. But nonetheless, these numbers make clear that despite the troubles, in some cases quite severe, that a significant portion of the multiemployer plans face, it is wrong to deem the entire system as broken.

What do you think? Share your comments at JaneTheActuary.com!